Now that I am down to two show left to write about, I’m curious if there’s area any topics that you would like me to expand on? I have written about a lot of things that I have done in the old traditional methods as well as new methods I believe make the job of getting a set to the stage for our kids and residents alike to act, and enjoy themselves on. With that goal always in mind, I believe that I have already, and regularly enjoy a good measure of success. I suspect that I’ll be covering in more detail some of the techniques that I used to get bricks

, blocks and wallpaper painted onto flats, but I’m just not sure yet. I haven’t gotten a whole lot of feed back regarding anything that I have written about to be sure that it would be interesting to anyone. We’ll see. For now, I want to post about out Youth Theatre’s Spring production of “Jack and the Giant”. 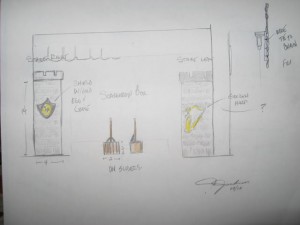 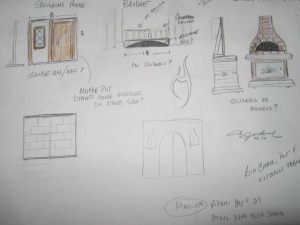 Having gotten a preliminary list of the directors “wants” for this show, I knocked out some simple sketches to show them what I had in mind for the pieces that they asked for. With another huge cast, they didn’t want any significant levels, but did want something that some of the smaller the kids could stand on to be seen. I suggested that since they wanted a “small bridge”, that we paint it on the side of two of the decorative boxes left over from the High School’s musical. 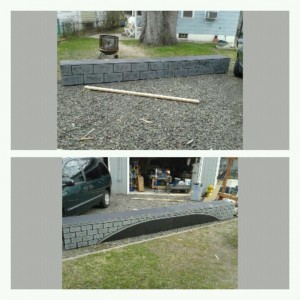 I painted a simple stone block wall on one side, and the foot bridge on the other side. To hide some of the cast while they were setting them for scene, I suggested that they use castle themed proscenium pieces with a shield on one side

, and a golden harp on the other as seen in the initial drawing. 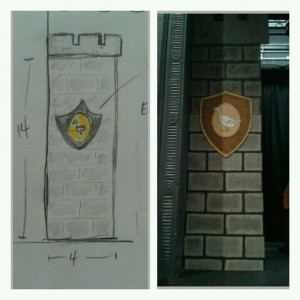 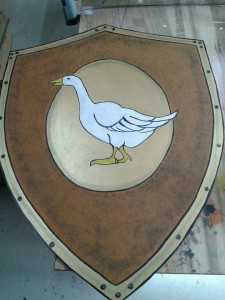 This proscenium piece was 15 feet tall

, and at the request of the directors, the shield and harp were removable for the first act citing a concern that the audience would be distracted by the fact that the whole show was being done in what appeared to be the Giants castle. 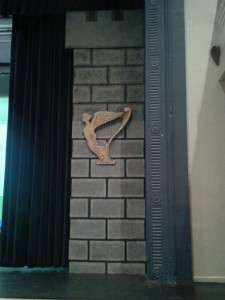 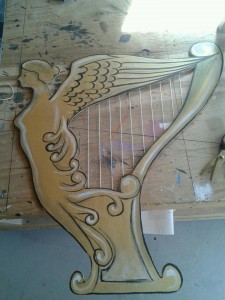 For the castles interior though

, the needed a baking oven that had the ability to hide Jack from the Giant. So I built a nice sturdy oven, with a sturdy door, and put it on a 2′ x 4′ platform deck on sliders. 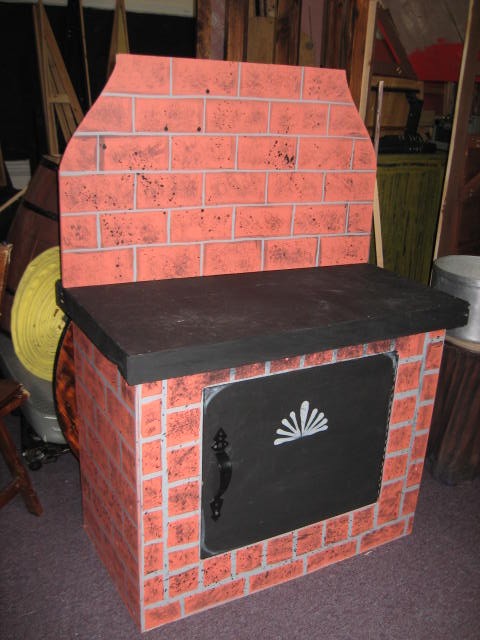 , but it grew on me. It’s a little more time consuming to do it this way, but I actually liked it better after a while. From the audience it looked like a real brick oven. 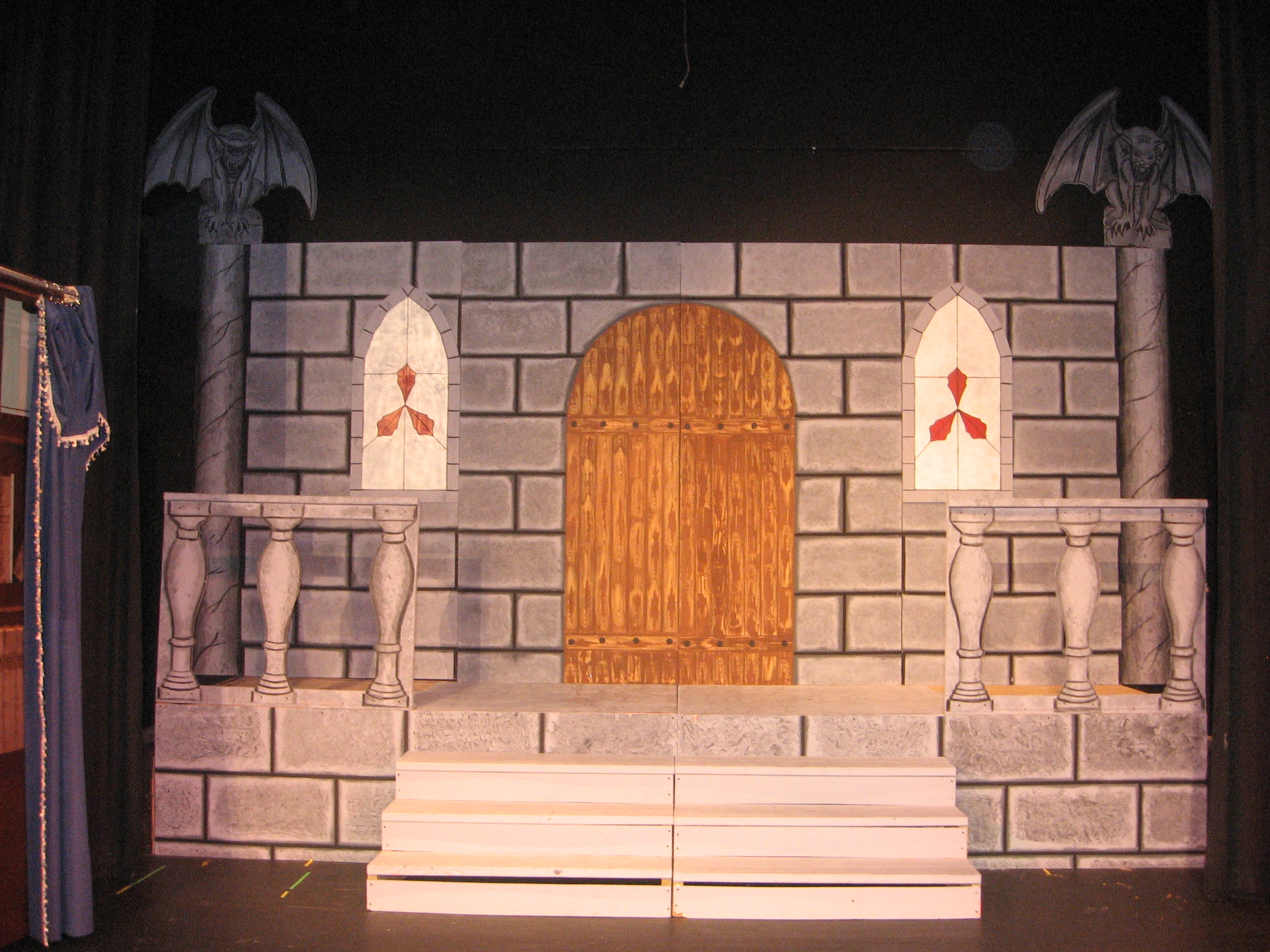 I was also quit pleased to have gotten these painted doors a bit more work against the upstage wall in the giant’s castle. This would only be their second show, and once again they served quite well. In my next post I’ll be writing about the set pieces that I build for our Winter 2013 production of “Fiddler on the Roof” in which I was cast as “Avram” even after specifically stating that all I wanted be was a villager that minded hi own business!! Thanks for stopping by.