The director of the High Schools Spring production of “Bye Bye Birdie” said, “I have another show going on at the same time as this one, So I’m keeping this set easy.” 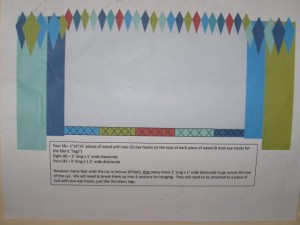 She said she just wanted 24 12 inch diamonds for across the back of the stage, and then 12 24 inch diamonds for the four mid stage legs. I advised her that 12 inch diamonds would be barely visible and suggested that we make the smaller diamonds 36 inches, and the bigger diamonds 48 inches. She seemed reticent, oh yes she was reticent, but when I showed her what the diamonds would look like in the sizes I had suggested, she agreed that the larger sizes would be more appropriate. The initial drawing that she threw together called for a single row of diamonds, but as things will happen, she liked how they looked while the initial 24 were drying after painted, she changed the pattern design and needed another 24 of the smaller diamonds. 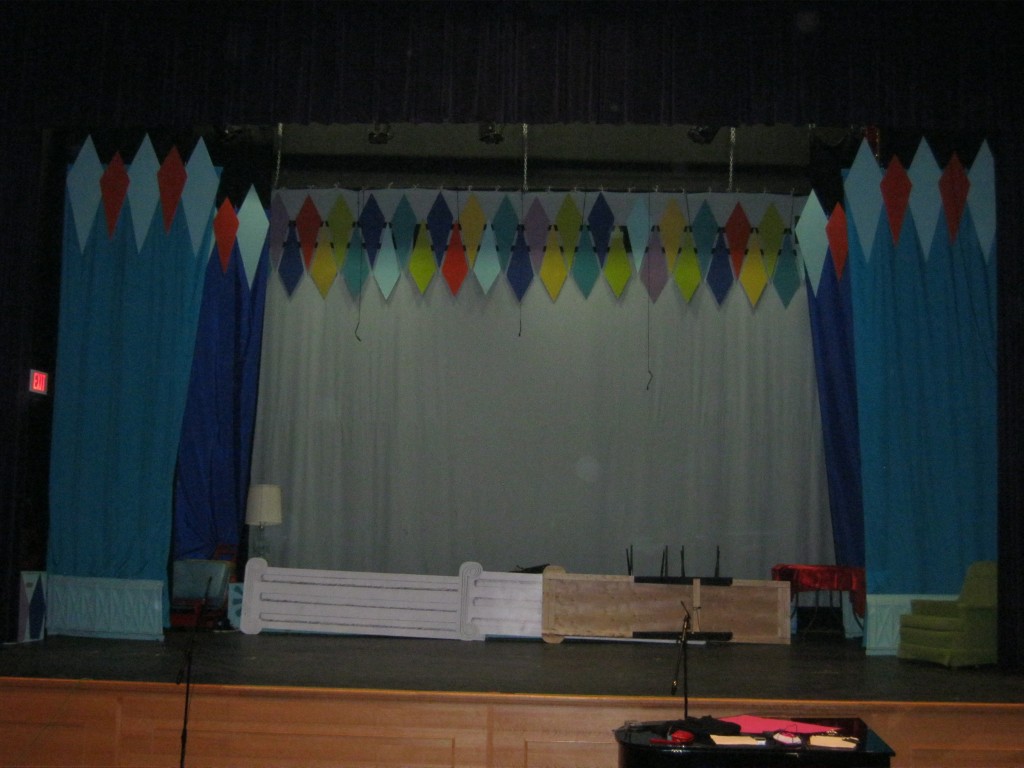 The same thing happened while the larger diamonds were drying with some of the new small ones. The design changed

, and she needed yet another 8 small diamonds. This “easy” set was getting to be a lot of work. With the new pattern for all of the diamonds

, a new mounting system had to be designed. A simple 8′ x 18″ three toggle frame was the answer for the upstage diamond, and 48″ x 18″ frames were fine for the mid stage diamonds with the fabric. Once the diamonds and fabric were mounted to the frames, it was time to start thinking about rigging them for hanging. 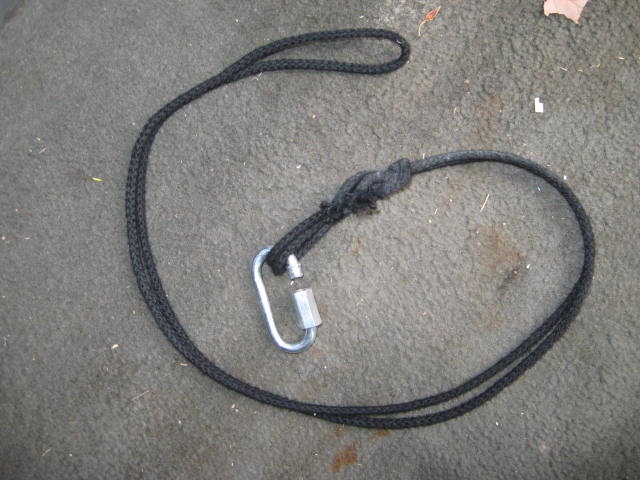 , added a threaded carabiner, and wrapped it around the frame. As there was very little weight involved in any of the assembled pieces, the hung right up with no problems. For the down stage legs frames that were covered with fabric, I had to use steel d-rings on the back to fasten the tie line, but used the same tie line and carabiner set up as with the larger frames. These would be a great addition to the tool box for getting stages ready for shows. Fortunately the “other show” that this director was doing at a different school was also “Bye Bye Birdie” so pretty much all the other sets and props were transferred from one stage to the other. In my next post

, I’ll be writing about a show that I set up, and struck just last month!! Thanks for stopping by!!